Ursodiol for Dogs and Cats : Uses, Side Effects, and Dosage 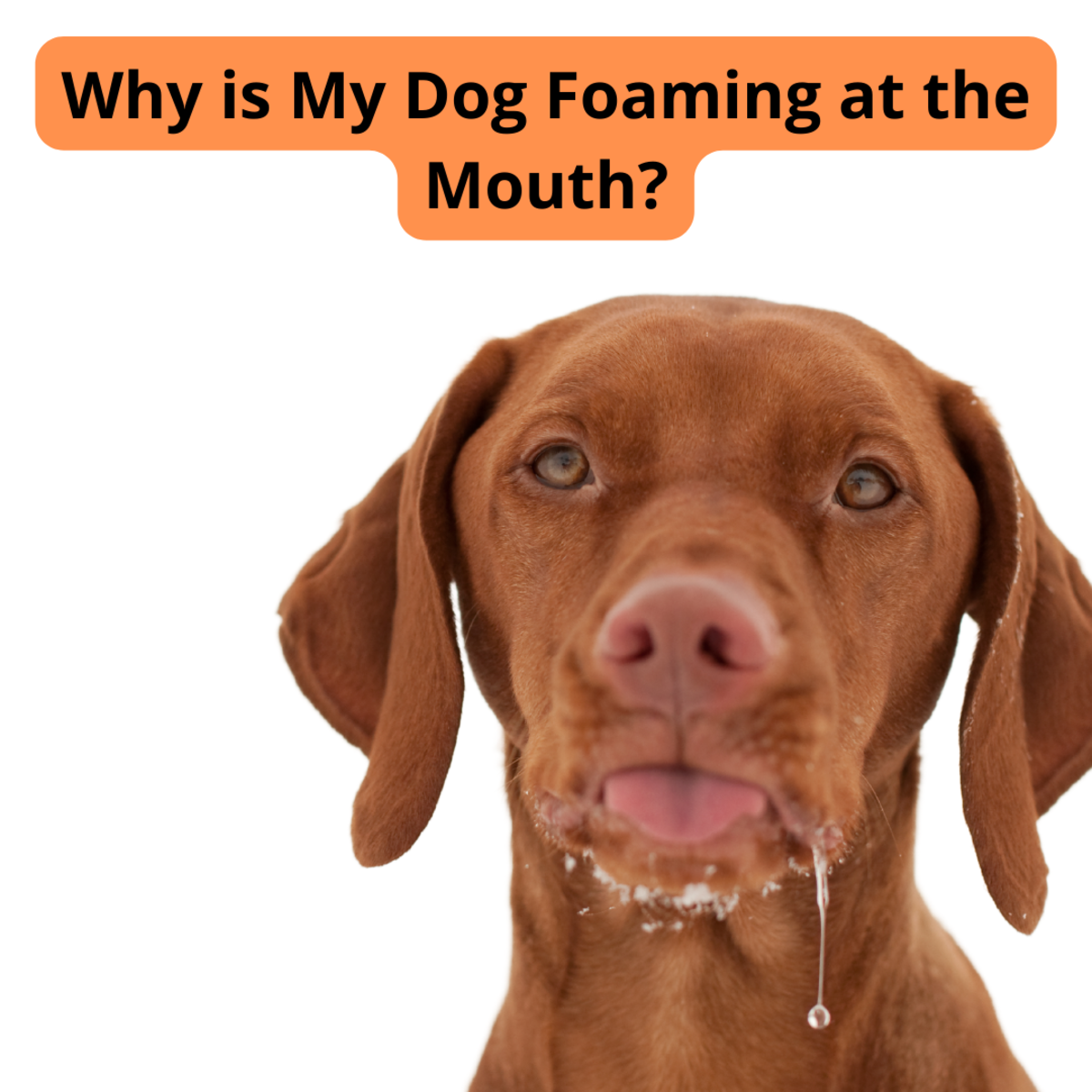 10 Causes of Dogs Foaming at the Mouth 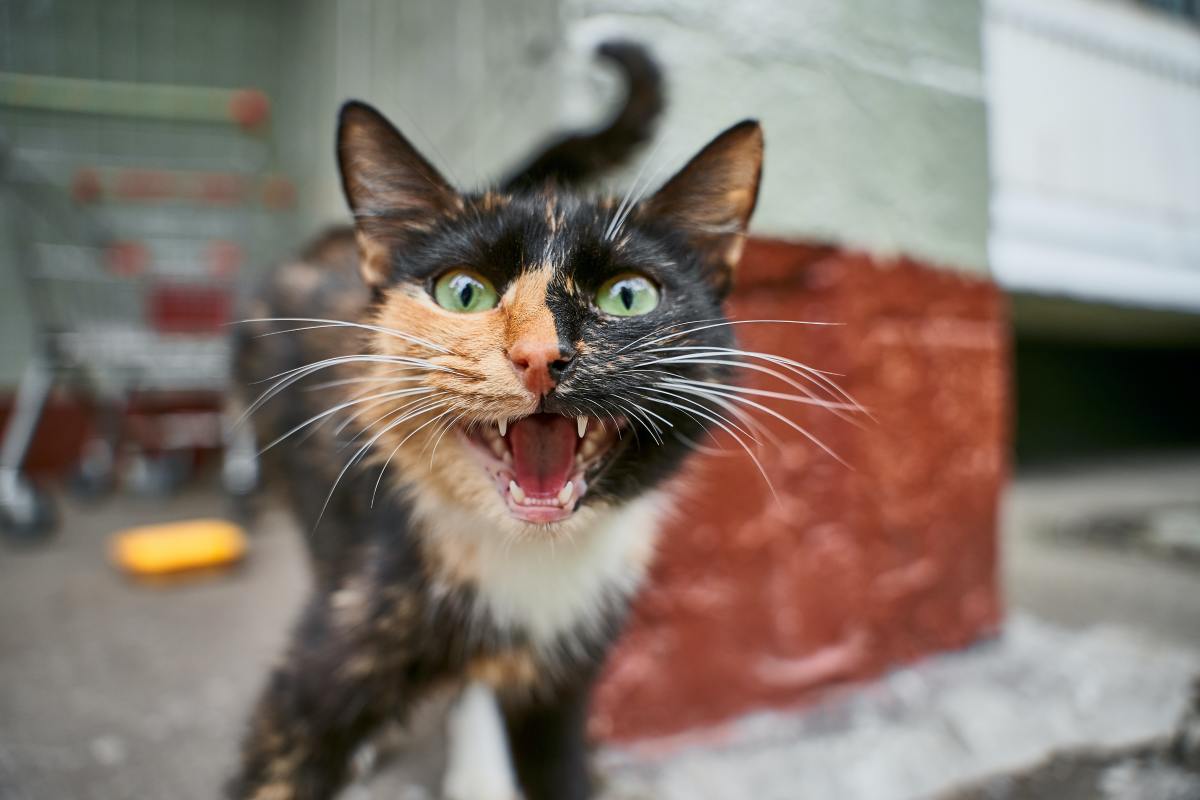 5 Caring Ways to Help a Cat That Lost Its Voice

What Is Alabama Rot?

How to Care for a Limping Dog at Home 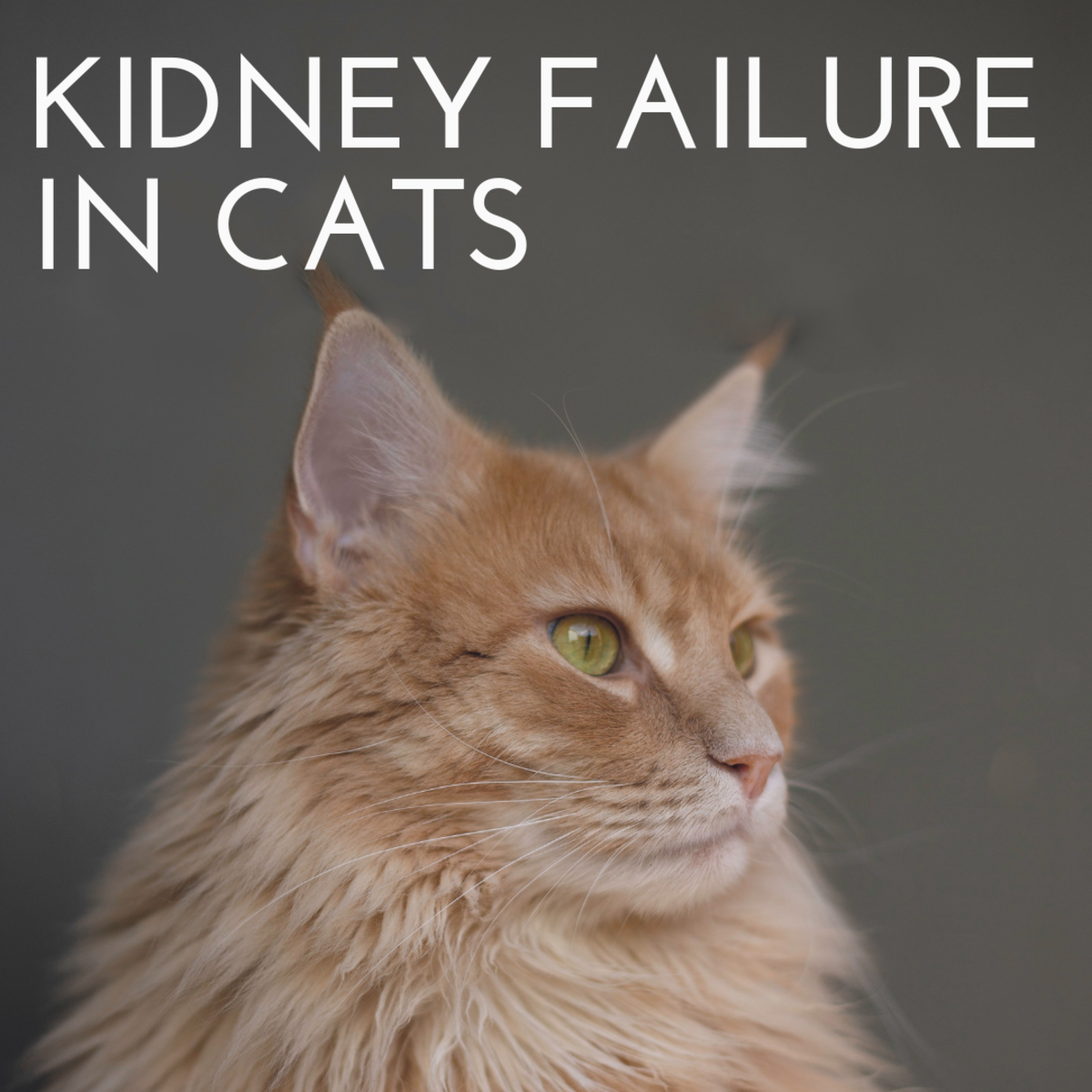 Taking Care of a Cat With Kidney Failure 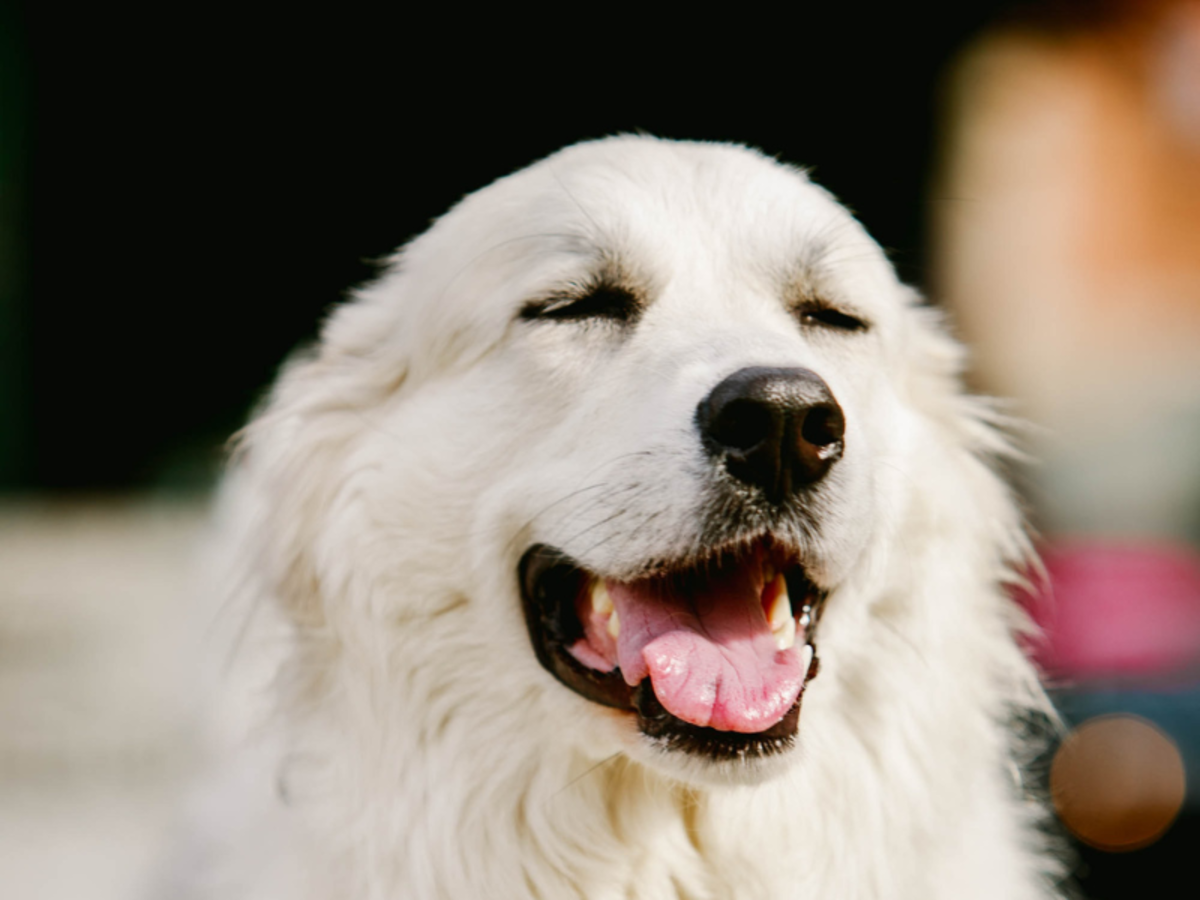 Reverse Sneezing in Dogs: Soothing Tips to Calm Your Pet

Why Is My Cat Coughing?

What Is Alabama Rot? 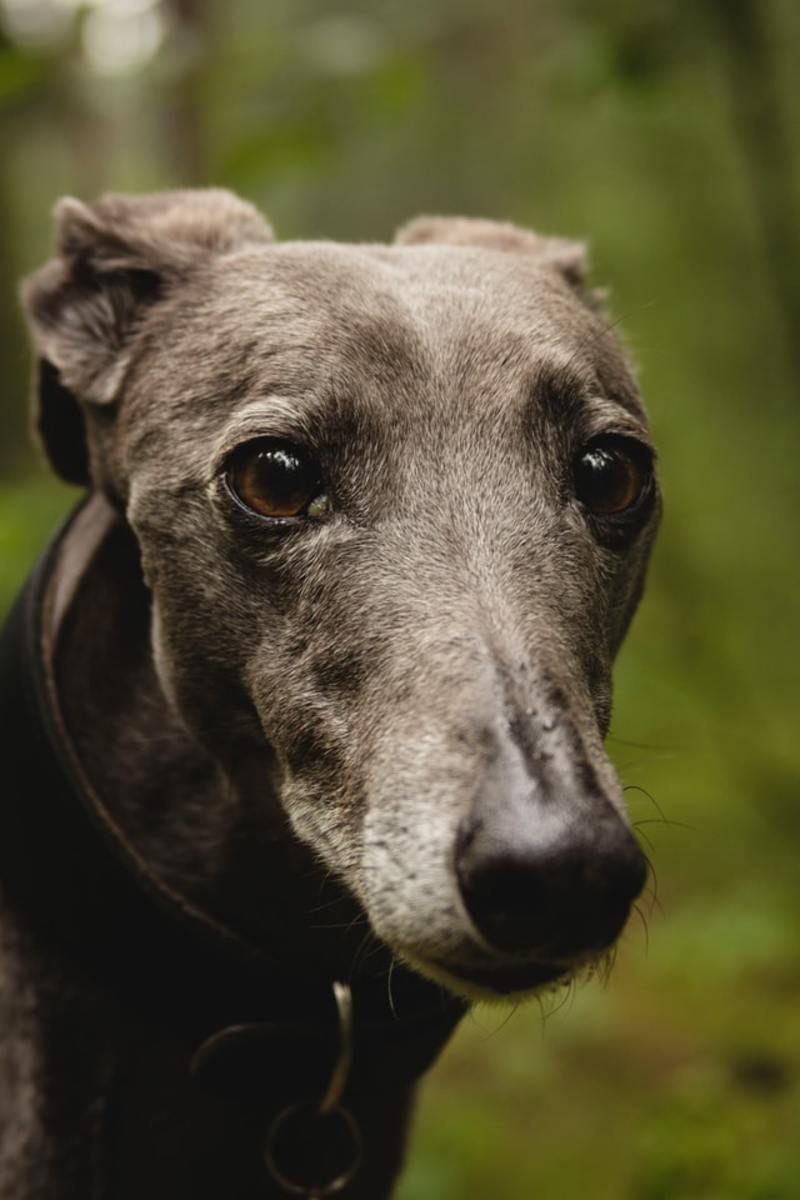 Alabama Rot is a relatively new disease, first reported in the 1980s. Characterized by painful skin lesions, usually on the feet and legs, the condition can lead to fatal kidney failure.

With so many unknowns associated with the disease, including where it comes from and how to prevent it, it remains a scary condition that many owners fear.

Fortunately, the condition is rare, and while we still have many unanswered questions about it, the knowledge we have can help us keep our pets safe or detect the disease early and allow it to be successfully treated.

A Brief History of the Alabama Rot

In the 1980s, a rare disease was reported among racing greyhounds in the US state of Alabama. Symptoms included skin lesions and kidney failure, and initial thoughts suggested a genetic component of the condition. Which means it was more likely to affect certain breeds, specifically greyhounds.

The condition was dubbed ‘Alabama Rot’ and after an initial spike in cases, it subsided and all but disappeared, relegating the condition to the veterinary history books. The short-lived nature of the disease and its rarity meant that it was never investigated at the time, and there is still debate as to whether the disease of the 1980s is the same disease seen 30 years later.

Because the symptoms of the modern condition are similar to the disease of the 1980s, the nickname Alabama Rot has returned. The veterinary name for the condition is cutaneous and renal glomerular vasculopathy (CRGV).

Alabama Rot appears to have appeared in the UK in 2012, when cases of dogs with lesions and acute renal failure were first reported. It wasn’t until 2014, with cases rising, that this was suspected to be the same condition that had been seen in the US decades earlier.

Since 2012 cases have been rising steadily in the UK, although it is still a very rare disease. It has been seen in all types of breeds and in dogs of all ages, although hunting dogs, bloodhounds, and herding breeds may be at higher risk.

Confirmed cases of Alabama rot in the UK

Efforts have been made since its appearance to try to determine the cause of Alabama Rot. There are a number of theories as to what could be responsible for the disease.

All of the original cases in the US occurred among greyhounds at a specific racetrack. Of the 168 affected dogs, 124 only developed skin lesions and, given enough time, made a full recovery. All of those who developed kidney failure tended to be closely related, leading the researchers at the time to assume there was a genetic link. Initially, it appeared that the condition only affected greyhounds.

Other suggested causes for Alabama rot in the UK include leptospirosis, Lymes disease, contact with toxic plants like giant hogweed, radiation poisoning, or contact with heavy metals left over from military ordinances. All these theories have been discarded.

One theory that remains disputed is a type of fish bacteria called Aeromonas which causes a similar disease in fish. A study is underway (as of 2022) to determine if this could be the cause of Alabama Rot in the UK.

What are the symptoms?

Alabama Rot starts with lesions on the skin. These often start on the paws or legs, but can also be found on the face and abdomen. Initially they may appear minor, like a scratch or blemish the dog has rubbed, but they soon develop into ulcerative lesions that spread throughout the body.

The most common symptoms to follow are loss of appetite, vomiting, and general lethargy. Dogs can become lame and in later stages of the disease can develop hypothermia, where the body temperature drops too low and the patient shakes uncontrollably.

The next stage of the condition is kidney failure. This occurs one to nine days after the lesions appear. Signs of this may include increased thirst, being depressed and not eating, or vomiting.

How is it treated?

Because the cause of Alabama rot in the UK is still unknown, treatment options are limited. What is important is that a dog receives medical attention as soon as possible to maximize her chances of survival.

Dogs with skin lesions thought to be Alabama Rot will have their blood tested to assess kidney function. Even if this returns to normal, it may need to be repeated for the next several days to ensure that the kidneys remain healthy. If the dog only has skin lesions, the dog will be treated and monitored. It’s unclear if dogs suffering from skin lesions alone are actually suffering from Alabama rot or some other condition. Currently, the only way to confirm a case of Alabama Rot is to perform an autopsy after a patient has died from the suspected condition.

Treatment of kidney failure is of vital importance and should be started as soon as possible. Dogs known to have survived the condition were quickly given drops and this appears to have been key in their treatment.

In 2018, the Royal Veterinary College announced an innovative treatment for Alabama rot called plasmapheresis. This involves filter the dog’s blood for toxins, including the one that causes Alabama rot, and return it to the patient. The treatment was tested after a similar condition in humans was noted to improve after a plasma exchange.

Six dogs with advanced Alabama rot were treated with plasmapheresis and two made a full recovery. Although this seems like a low number, it was the first time a dog so severely ill with the disease had survived. This raises hope that treatment may be part of the solution to surviving Alabama Rot.

How do I prevent it?

At this time, because the cause of Alabama rot is unknown, it is difficult to suggest how to prevent it. A tentative link has been established between dogs walking in muddy areas and the disease, leading to suggestions that washing muddy paws after a walk might help prevent the disease. While there is no firm evidence to show that this can prevent Alabama rot, it is also not something that will harm the dog.

Avoiding areas where there have been confirmed cases of Alabama Rot may be another option, for a regularly updated map of UK cases. look here.

Alabama Rot is most prevalent during winter and spring, however cases have been observed at other times of the year. Because the condition can only be correctly diagnosed by examining a dog after it has passed away from the disease, this means that some cases where the dog has recovered may not have been recognized.

Alabama Rot can affect any breed at any age. Statistically more cases have been seen in Hungarian Spaniels, Labrador Retrievers and Vizslas, however this may have more to do with these being working breeds that are more commonly exposed to muddy areas in the winter and also have shorter coats than other races.

The important thing to remember is that Alabama Rot is extremely rare. If you have any concerns about sores on your dogs paws or body, especially if they have recently walked in muddy areas, seek veterinary attention immediately. The sooner the dog receives treatment, the more likely it is to survive.

This article is accurate and true to the best knowledge and belief of the author. It is not intended to replace the formal and individualized diagnosis, prognosis, treatment, prescription or advice of a veterinary medical professional. Animals showing signs and symptoms of distress should be seen by a veterinarian immediately.

This first widget will style itself automatically to highlight your favorite product. Edit the styles in Customizer > Additional CSS.